Baklava Culture, How To Eat Baklava 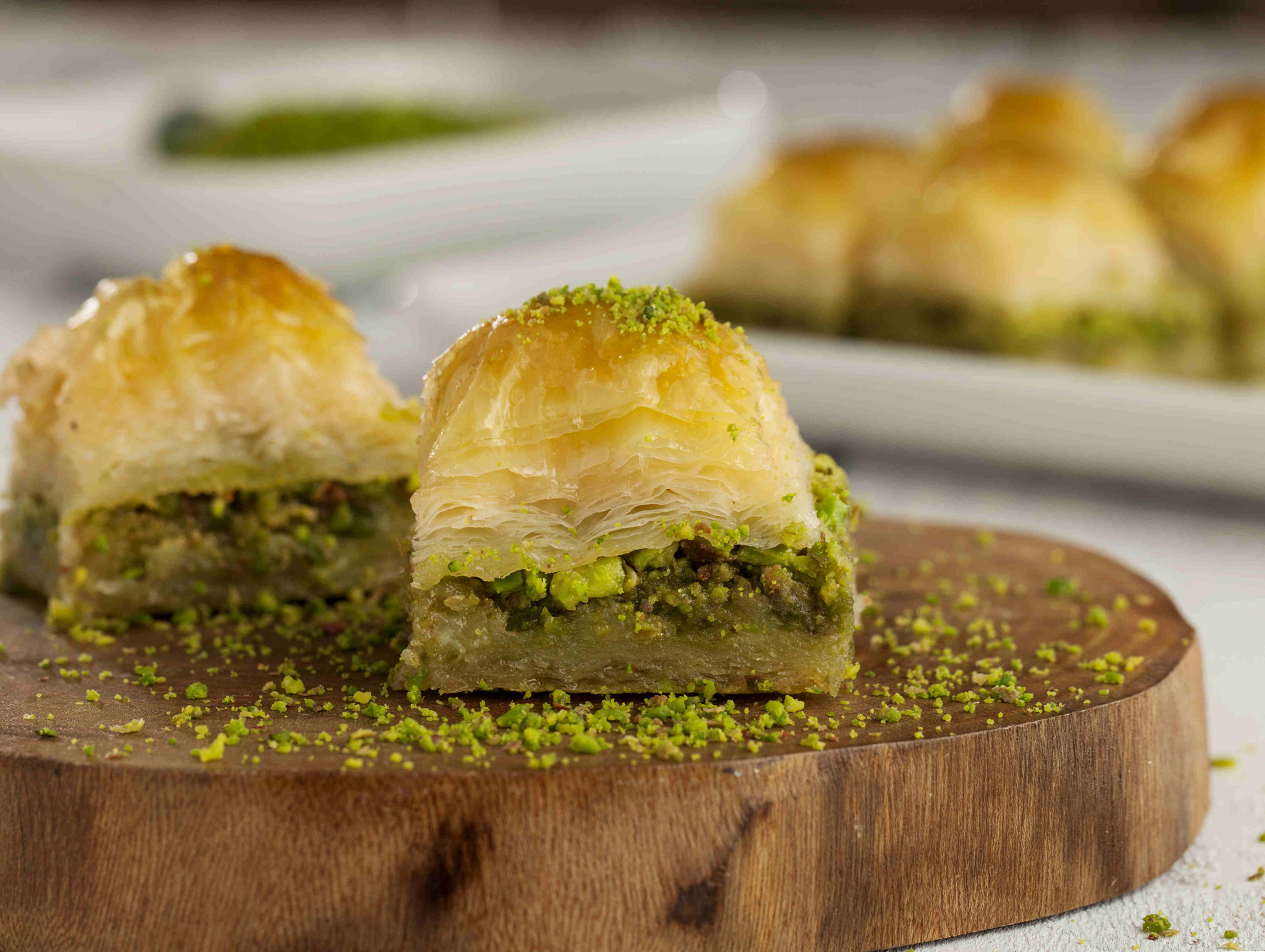 If we look at the history and culture of baklava today; Many tribes such as Turks, the Middle East and the Balkans appear. So much so that when Europeans, Greeks, and Armenians think that baklava culture belongs only to them, we see that baklava culture emerged from the nomadic life of Ottoman when we look at Ottoman culture and geography.

Throughout the history, the Ottoman state brought many cultures, especially baklava, with its nomadic life, affected by the tribes in the regions they passed. According to some Professors, they attribute the reason why baklava appears in the Ottoman Empire to the Byzantine cultural interaction. It is stated that the dessert type called KOPTE in Byzantium is the pioneer of BAKLAVA culture in Turkish culture.

“KOPTE: It is a type of dessert made by putting walnuts, hazelnuts, almonds between beaten sesame seeds and boiled honey paste.”

The fact that baklava came out of today’s pastry and became a refined kitchen product, took its final form by being baked in the month of AŞban during the period of Fatih Mehmet Sultan (1473) during the Ottoman period and presented to Evliya Çelebi. Later, baklava was made in festivities, weddings and special days in Ottoman culture and served to guests. Special cooks were chosen for this. Before the cook was recruited, he was examined as long as he opened the baklava doughs and baklava until it had the best form, and he was taken to the palace as a cook. In fact, this situation continues even today. In fact, when somebody wants to marry a girl, they ask” can she make baklava? This reveals that baklava is a more demanding thing than other kitchen products.

Moreover, the fact that baklava culture is effective even in state affairs in the Ottoman provinces proves that is an Ottoman culture. Today, baklava is offered for special days, weddings or to please special guests, although it differs from place to place in our country in terms of its production. It is a kitchen product that requires special effort and talent in terms of making. In our country, it differs in terms of preparation, whether it is a region or a province.

Baklava in general: It is a type of dessert made by adding dough with dough and then using internal materials such as pistachio, hazelnut, almond according to the taste for the inner ingredients, and then adding the sugar, lemon salt and honey mixture sherbet. But at this stage, it is made with 30-layer dough in some provinces of our country, while in some provinces it is made with 80-layer dough. The syrup is adjusted according to taste. In such differences, this and similar differences emerge in the eating culture. To give an example to this definition; While it is consumed with milk in Gaziantep region, it is consumed with yogurt and ayran in Adıyaman region. It was also observed that it was consumed with tea in Siirt province. If we look again, it is seen that baklava is eaten by hand in some regions and in some regions by fork. It is still served at engagements and weddings in our country. In other words, it means “Let it be sweet like baklava in our special days”.

Lastly, not only dried fruits, but also fruits were tried as the main ingredients of baklava in the past, but it was revealed that the best taste was given by dried fruits. Gaziantep is the first city that comes to mind when it comes to baklava in our country. Because it took the first place in baklava and other kitchen products. Even pistachio baklava eating contest is held occasionally. the winning candidates are Awarded gold.